“From Norodom Palace to Independence Palace 1868-1966” explores the century-long history of the building that once served as the seat of the French colonial government in Cochinchina.  In 1954, this building was renamed Independence Palace.  It subsequently witnessed many dramatic episodes in the rise and decline of the government of Ngo Dinh Diem, the founding leader of the Republic of Vietnam (South Vietnam).

On the first floor of the exhibit, visitors can explore Norodom Palace and learn about life in colonial Saigon.  This floor features four rooms: The Making of a Colonial City, The Construction of Norodom Palace, The Dynamic Saigon gallery, and Faces of Old Saigon.

On the stairway between the two floors of the exhibit, visitors can explore some milestones of Modern Vietnamese history in the context of events elsewhere in the world during 1937-1954.

On the second floor, visitors can explore the rise and fall of the Ngo Dinh Diem government and the destruction and rebuilding of Independence Palace.  This floor features six rooms: Ngo Family Rule, The Battle of Saigon, Saigon Life, The 1962 Bombing, The 1963 Crisis and Coup, and Building a New Palace.

Our exhibit combines familiar museum practices with innovative techniques, highlighted by the use of video projectors, digital audio, and interactive touchscreens.  We hope that the“From Norodom Palace to Independence Palace 1868-1966” enables each visitor to experience and interact with the exhibit in a unique way and to explore the aspects of the history that they find most interesting and exciting.

INDIVIDUALS AND COMPANIES CONTRIBUTED TO THE EXHIBIT

The exhibit “From Norodom Palace to Independence Palace 1868 – 1966” has received drawn praise from both Vietnamese and foreign visitors, including domestic and overseas researchers and scholars. The positive responses are a tribute to the hard work and leadership of Independence Palace‘s Board of Directors and Research and Explanation Department. The exhibit also benefitted from the advice provided by Vietnamese and American consultants and advisors with expertise in culture, history and museum design.

PhD, Vice Director of the Center for Research of Cultural Heritage of Vietnam, member of Vietnam’s National Culture Heritage Council, and former Director of Ethnology Museum.

PhD, Dartmouth College, United States of America, and current member of the Fulbright University Vietnam Board of Trustees.

PhD, member of the Central Theoretical Council, Vice Chairman of the Vietnam Science and History Association, Former Chairman of the Committee for Cultural Ideology of the City Party Committee. Ho Chi Minh

The exhibit “From Norodom Palace to Independence Palace 1868 – 1966” was  opened to visitors for the first time on March 9, 2018. This exhibit is based on extensive research in archives in Vietnam, the United States, and France and features hundreds of documents and photographs from those collections.  By using multimedia and interactive technology, visitors can see, hear, and experience the history they are exploring. 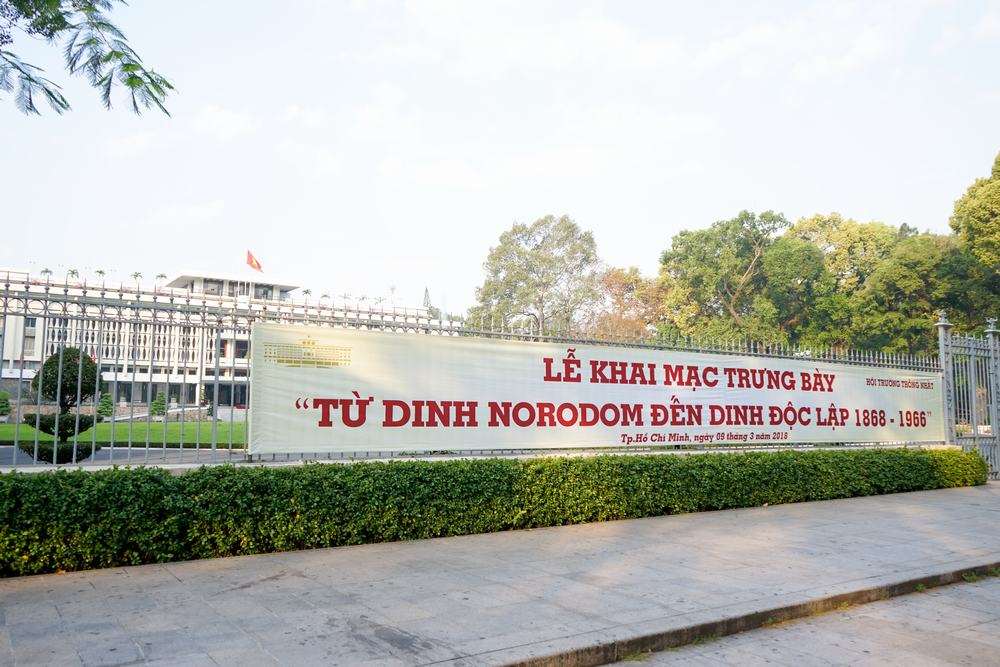 Ceremony honuring individuals and companies contributing to the exhibit 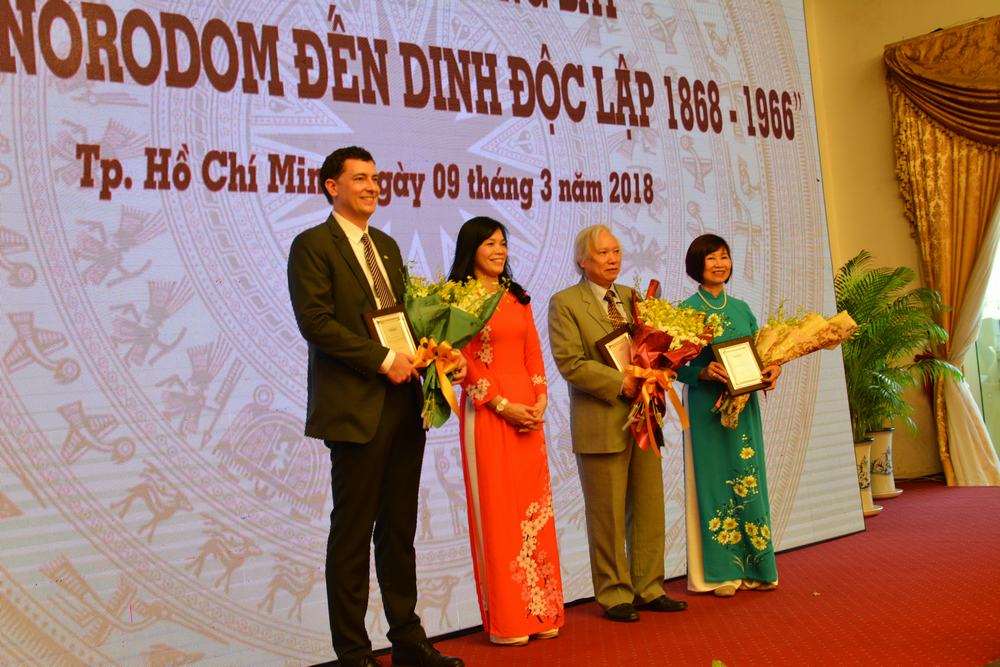 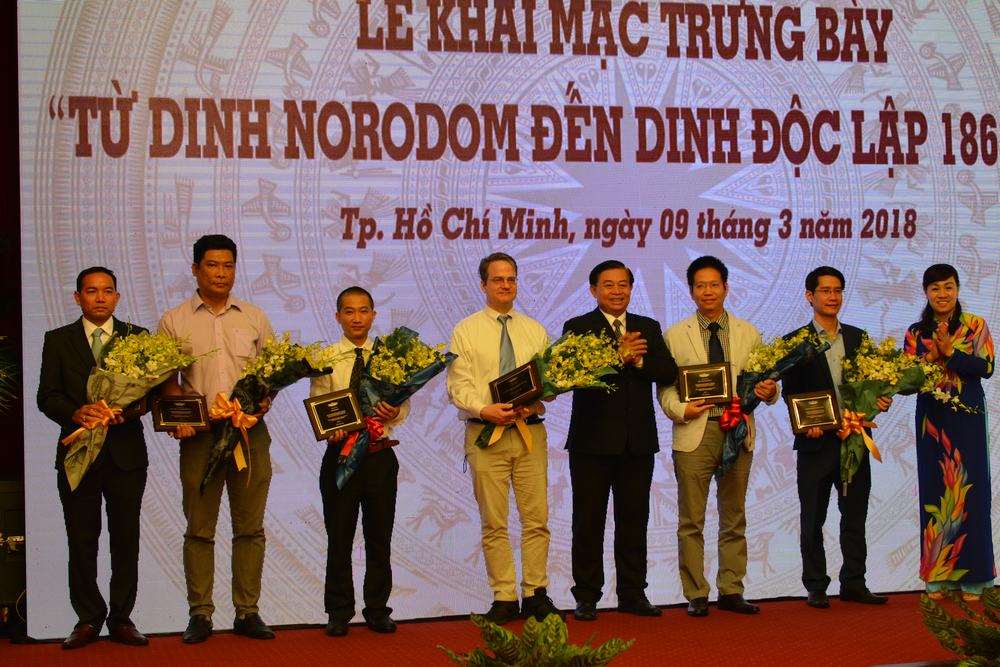 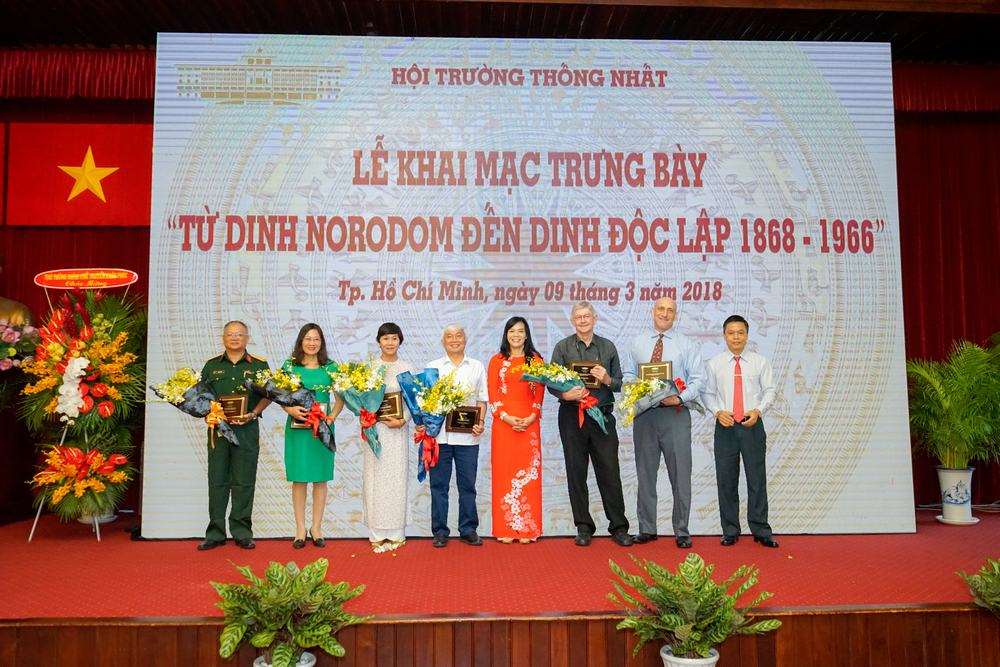 Delegates attended the opening ceremony and visited the exhibit 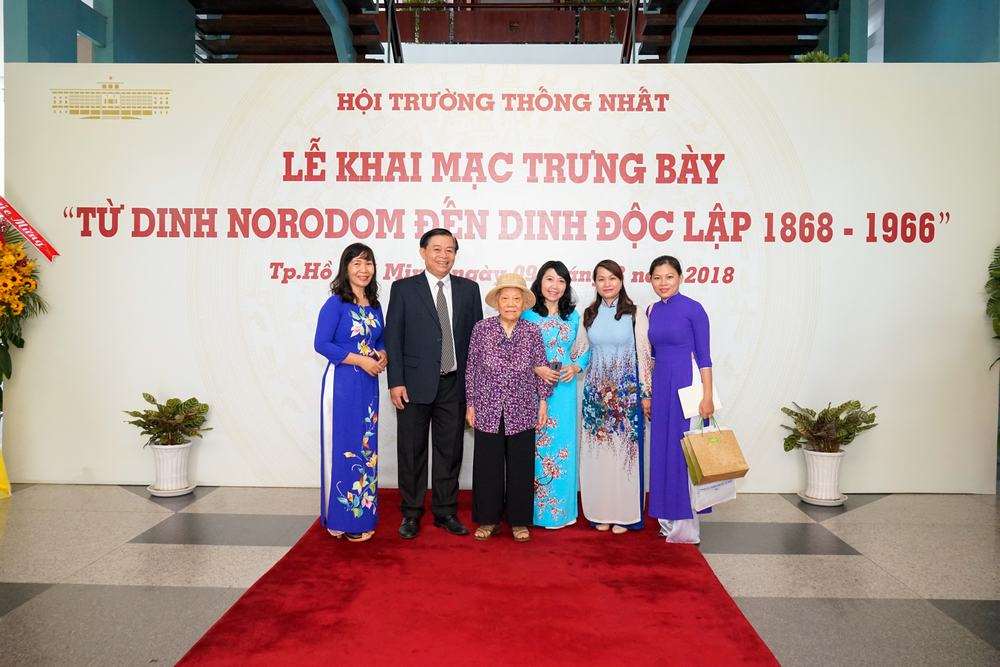 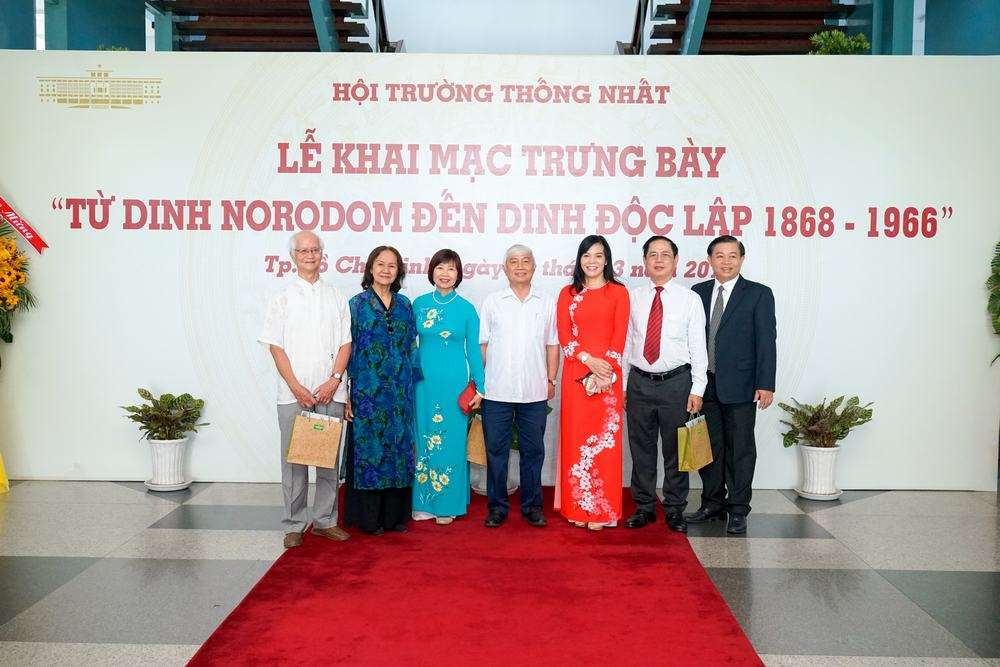 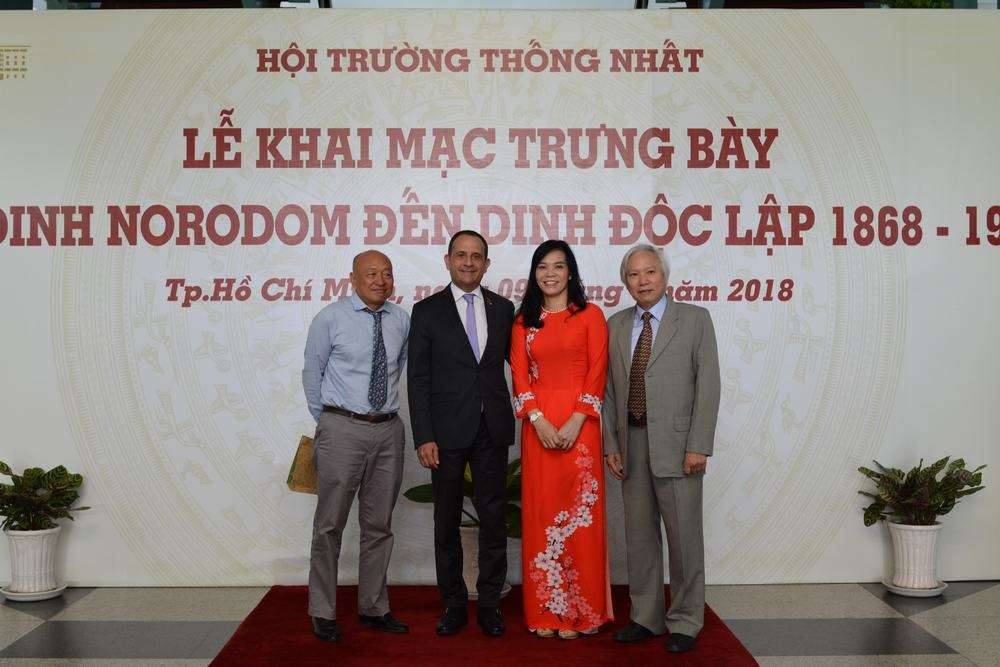 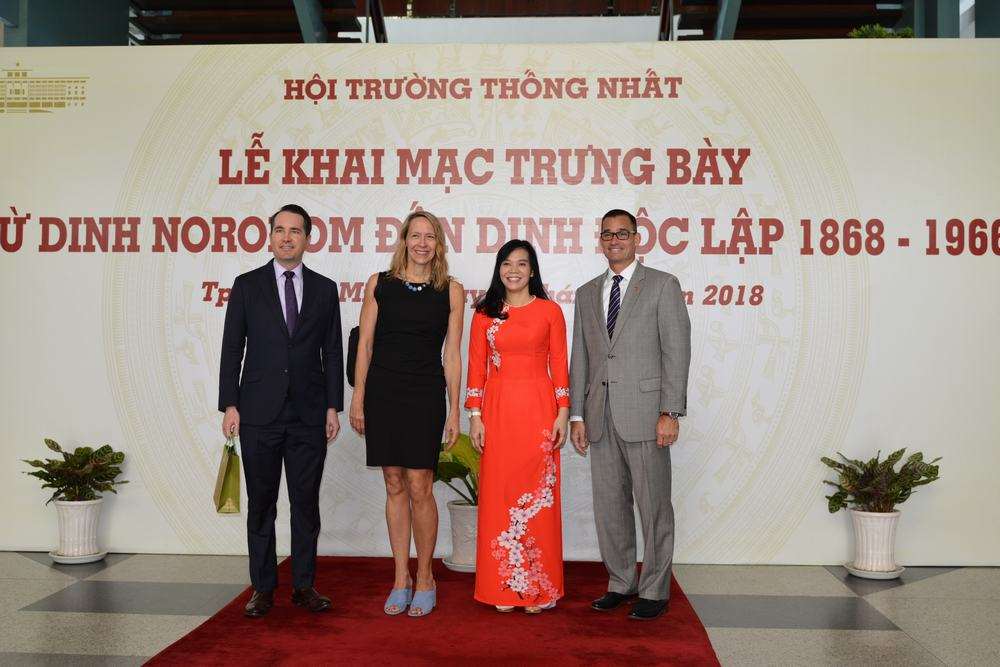 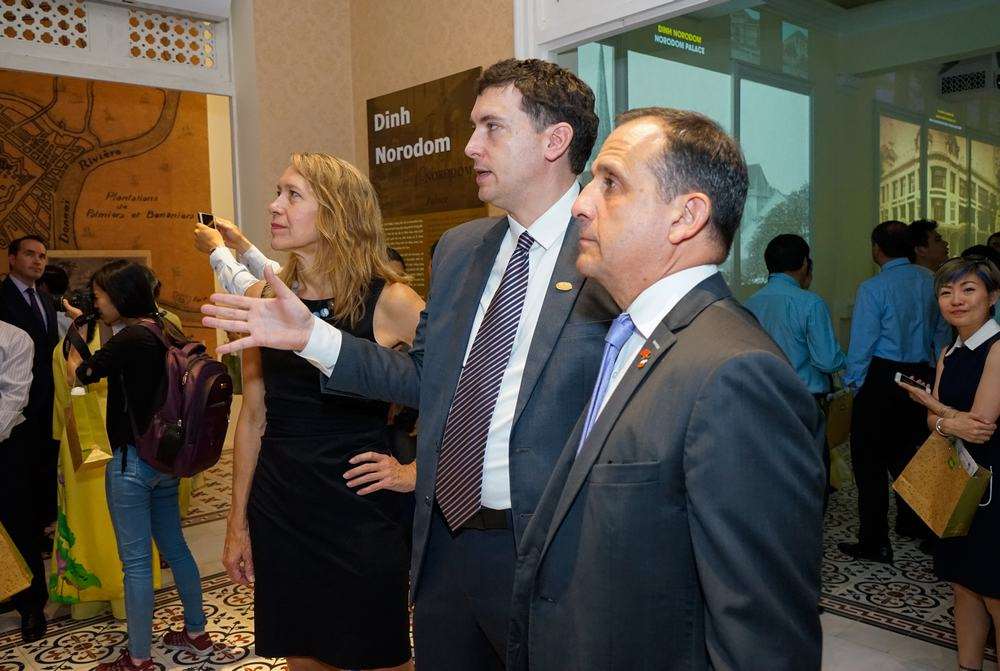 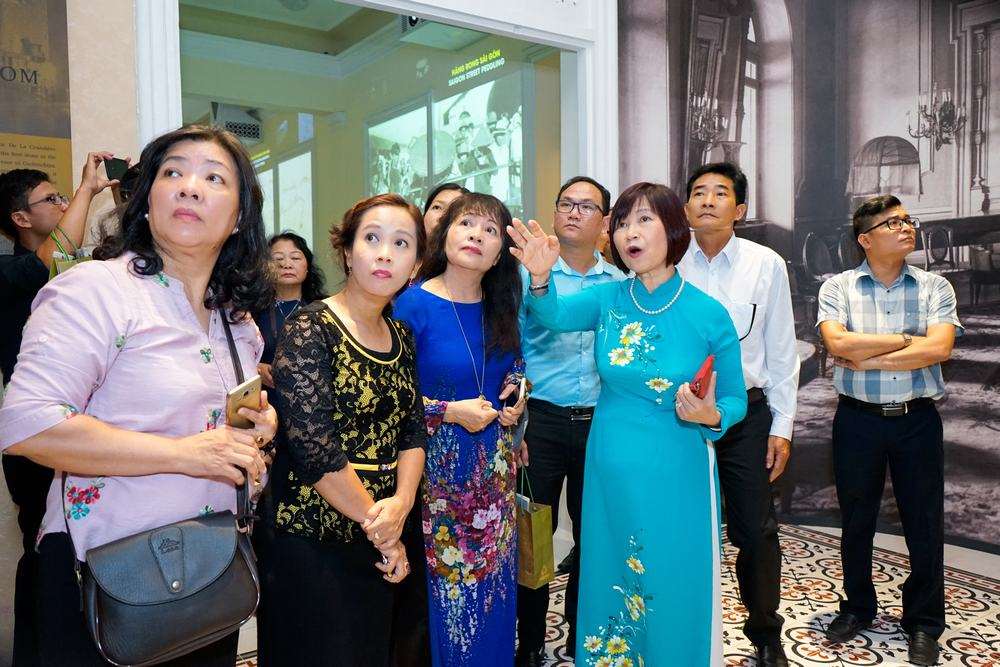 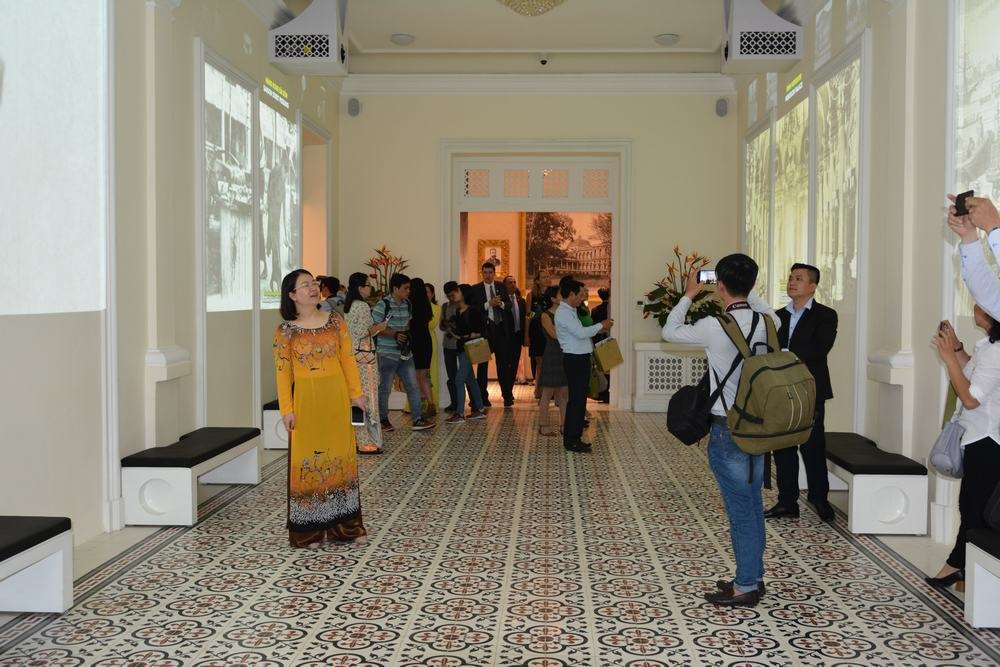